Filter by:
× Clear all

Sorry! No broadband deals were found...

Try changing some options, or reset the filters.

Whether you want to get a new broadband package or you're just looking for some advice, the Virgin Media broadband reviews uk will help you find the best deal. You'll learn about the speed of the service, the coverage, and the customer service, as well as all the other features that you can expect.

Virgin Media is one of the most popular broadband providers in the UK. Its services are available in many locations, and its fastest package can provide download speeds of up to 1140 Mbit/s. The downside is that the service is relatively expensive.

Virgin Media isn't as widely available as some superfast broadband providers, but it still has a decent coverage level. In the UK, the company has a network covering 52% of the country. This allows it to offer a wide range of packages. For example, it is possible to buy a package that includes a TV subscription. You can also choose a package that offers a combination of landline, mobile and TV services.

Virgin Media has a good reputation for fault fixing. The company fixes nearly half of the faults it receives on the same day. However, it has a relatively slow upload speed. And it doesn't do the best job of fixing the simplest problems.

Virgin Media also has a bad reputation for customer service. Customer complaints include unexpected bills and a lack of reliable coverage. Despite this, one in three customers says they would recommend the company's service.

One drawback of the fastest broadband package is that it only covers half of the company's national footprint. That means you might be limited to downloading or streaming large files.

Another negative point is that you might have to wait a long time to speak to a customer service representative - but not as long as Vodafone, our survey shows. Read our Vodafone broadband reviews here. We were constantly bumped from person to person when trying to contact Virgin Media.

If you want the fastest broadband available in the UK, look no further than Virgin Media. The company offers ultrafast packages that can deliver lightning-quick 1130Mbps download speeds. This is a whopping 14x faster than the average UK broadband speed. It is also capable of streaming Ultra HD movies and games to multiple devices at once.

While Virgin Media has many advantages, it does have a few drawbacks. Firstly, the company doesn't reach as many areas as BT Openreach. In fact, it only services 60% of the country. But it can still offer excellent broadband service, even in the more remote places.

Virgin Media offers a wide range of broadband packages that can fit any household. You can opt for broadband only or combine it with TV and landline. Alternatively, you can get a deal that includes a mobile phone. However, most Virgin Media deals are extremely expensive. So, you'll need to keep an eye out for deals.

Virgin Media's fastest broadband package is great for heavy users. It can download whole albums in less than a minute, while it has enough upload capacity to support multiple users.

It's also perfect for gamers. Many of the games available on the PlayStation Store can be played online, allowing players to enjoy the latest games without having to leave their home. Moreover, you can connect multiple gaming PCs to your broadband.

As an added bonus, Virgin Media also provides wi-fi boosting equipment. However, your home's Wi-Fi can be congested during peak times. To remedy this issue, you can install a signal booster disc or a wi-fi booster router.

Virgin Media also has a full fibre option. The company's Gig1 Fibre package is suitable for medium-sized businesses, but it's not essential for an average home.

Virgin Media is one of the UK's leading broadband providers. The company is part of Liberty Global, which is the largest converged video and broadband provider in the world. In addition to broadband, the company offers a variety of multi award-winning TV and mobile services.

As you would expect, the company also manages a fair number of credit and credit-related accounts. Some of its more sophisticated customers receive a personalised service, which is in keeping with its reputation for being one of the best customer service providers around. It also handles the bulk of its own debt collection, and will even go so far as to look for insurance claims on its behalf.

In 2016, the company had more than its share of complaints, with 13 percent of all broadband customers citing the company as their cause of action. There was a lot of talk about the quality of service and the speed of their connections, but the most popular complaint was the cost of the cheapest broadband plans. While the price of a new broadband connection is the main issue, the company has made significant strides in improving the customer experience, including introducing a new, customer-friendly customer service portal and a new phone number that aims to reduce the churn and improve customer satisfaction.

Not all consumers can be expected to appreciate the latest marketing gimmicks, so it's important to keep in mind that a well-run customer service department is a worthwhile investment. On the other hand, customers who aren't satisfied with their service aren't likely to recommend the company to others. If you're considering signing up with Virgin Media, be sure to check out all of their various packages and choose the one that best suits your needs.

Virgin Media TV packages are a great way to get a good value on your subscription. They include a TV box with WiFi and a broadband service. This enables you to watch television anywhere in the UK, with the option of streaming on your smartphone. You'll also get a wide range of optional extras.

The box itself has a 1TB hard drive, which means you can store up to 500 hours of content. It also allows you to record six shows at once. In addition, the box has Ultra HD support, meaning you can watch high definition content on the go.

One of the benefits of using a TV package from Virgin Media is the vast selection of on demand content available. There are around 300 digital television channels and radio stations, including popular channels and niche programmes. Some of the on-demand content is free, while others are subscription-based.

As well as on-demand content, you can also watch Netflix, Amazon Prime Video and YouTube through Virgin TV. Additionally, you can access catch-up TV services, including BBC iPlayer. However, you'll have to register your device before you can enjoy these features.

If you're an existing Virgin Media customer, you can sign up for a free TV deal. These are available on a variety of bundles, and include a free LG 4K Smart TV.

There's no contract to commit to, but a set up fee of PS35 is required. There are three different plans to choose from, all of which include free broadband and phone line, plus a range of channels. Each plan is also tailored to your needs.

Virgin Media also provides bundle deals for new and old customers. These deals come with a discount on Sky and other streaming services.

It is possible to make an informed decision about which broadband provider is right for you. Virgin Media may not be the best option for everyone, but it has a good reputation for speed and reliability. This makes it worth checking out for those who are able to afford it.

Ofcom's latest research has found that customers are generally happy with the speed of their Virgin Media service. However, they were less satisfied with the way that customer service is handled. And it appears that the provider isn't as popular as it once was.

The survey also found that there was some disruption to connectivity during peak times. That isn't a huge problem, but it is an area that could affect your online experience.

In addition, Virgin Media is not the cheapest broadband provider. A 30-day deal will cost you more than one year's worth of a standard fibre package. But if you want to save money, it is worth considering a bundle that includes entertainment services such as NOW TV. These bundles tend to provide the best value for money.

Unlike other providers, Virgin Media's broadband does not have a static IP address. Instead, it uses a dynamic IP address. This means that it can be configured to different addresses depending on the device and location of the user.

As well as the high speeds, Virgin Media also provides a range of extras. For example, you can choose to have an engineer visit for installation. Alternatively, you can bundle your Virgin Mobile deal with your Virgin Broadband. You can even add an O2 SIM to your account.

Virgin Media has improved its customer satisfaction rates since its initial launch in 2007. One in three customers said they would recommend the company, compared to just one in five for Plusnet.

What is the best Broadband deal for Virgin Media?

Currently the best Virgin Media Broadband Plan costs £24 giving you unlimited data, subject to fair-use clauses.. With Virgin Media you can also cancel within 30 days for their rolling broadband contracts.

Can I get unlimited downloads with Virgin Media?

It depends, unlimited data on Virgin Media is really popular so make sure you get enough bandwidth to cover your needs.

How much can I save with Virgin Media 30 day Broadband?

Of course, it depends on what plan you were on before. But with a Virgin Media Broadband plan or contract over 30 days, you can of course cancel any time and switch. You are not tied in with Virgin Media a lot of other deals.

Find out more about the Virgin Media network including plans, reviews and UK coverage.

The latest news & advice on everything broadband: 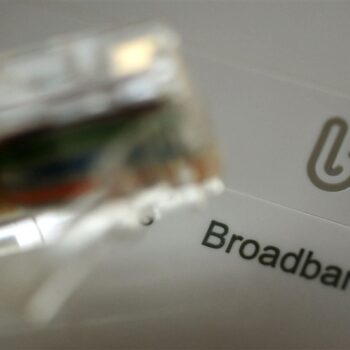 Shell Broadband is 'most complained about' ISP 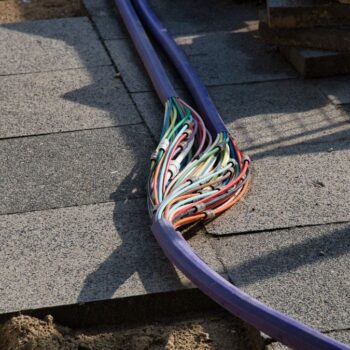 What is Ultrafast broadband?

You've probably heard of Ultrafast broadband, but don't know exactly it means. After all, it's easy to get it confused with superfast broadband, a similar term. But these terms are actually quite d...
2 min. read 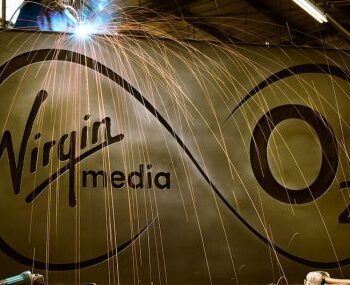 Are Virgin Mobile Customers being switched to O2 plans?

ISPs like to mess around with things and not tell their customers. The latest to fall victim to this tactic are Virgin Media customers, who are quietly being switched to O2 plans without being told...
2 min. read